Thursday 15th February 2018 saw the The Perch Rooftop Bar packed with publicans, off licence owners along with media, journalists, bloggers...

Thursday 15th February 2018 saw the The Perch Rooftop Bar packed with publicans, off licence owners along with media, journalists, bloggers and staff from Molson Coors to welcome a brand-new beer, into its Northern Ireland on-trade portfolio of beer brands. Pravha is a 4% ABV Czech style pilsner from the brewers of Staropramen and has the iconic flavour and gentle bitterness of a high quality Czech pilsner, but is also crisp, light and refreshing. Brewed using the passion, ingredients and knowledge of the famous Staropramen brewers, Pravha represents the unexpected side of Prague, by offering a twist on the classic Czech pilsner made with two specially selected malts and three Czech hops. Pravha has been designed to leverage the increasing consumer demand for beers with personality as well as great flavour. By introducing this beer, Molson Coors hope to excite their customers and consumers and continue to expand their premium world beer category. One of the key objectives for Molson Coors post event would be to focus on driving new listings for Pravha. Ultimately, it is the listings which will determine the success of the beer long term in Northern Ireland.

It seemed a perfect fit to combine the Czech theme to the overall event concept, branding and style. From glassware to gargoyles the room branding encompassed elements of Prague. This, coupled with our ‘Czech -in’ concept, developed by the Walkers team, allowed guests to the check in via their own seat number using their boarding pass that was issued on arrival.

The evening commenced with a brief welcome from Ryan McFarland, NI Director at Molson Coors followed by some beer sampling. Most importantly guests were then invited to scan their boarding pass to play for a one in five chance to win a trip to Prague! Five excited guests eagerly opened a suitcase to reveal if their case contained the winning ticket.

Meanwhile, mingling around and astounding individuals throughout the evening with his second to none magic tricks was Rodd Hogg, one of Ireland’s most sought after, and most exciting professional magicians. The entire evening was a great success for both Molson Coors and Walkers. Over 200 guests attended the launch and the agency received fantastic feedback from both attendees and the Molson Coors staff present at the event. Our main objective from an agency perspective was to offer publicans and guests the chance to sample and enjoy the product and key to the measurement of our success was in creating an event that drew such a large audience from a notoriously difficult to attract crowd.

Thanks to Molson Coors for asking Walkers to manage the event and here’s to the next launch! 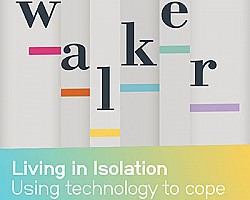 Has there ever been a better time to be isolated? 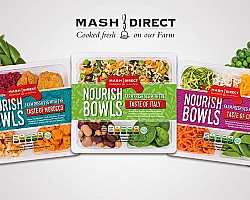